Nearly thirty years after the Gold Blend Couple first became a part of every Briton’s life in the oft-imitated series of adverts that drew a nation of tea drinkers into the lives of two coffee-loving romantics, the facts don’t lie; 2.1 billion cups of coffee are consumed in Britain every year, and only 874 million cups of tea. 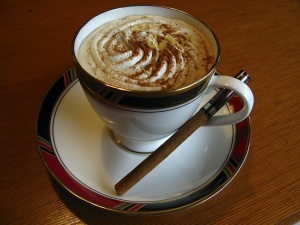 As much as ten years of adverts equating coffee with romance will have played a part in creating the coffee generation, franchises like Starbucks and Costa Coffee have also played a role. Today, coffee is more widely available than ever before across the UK and in greater variety. It’s possible now to educate yourself in different beans and blends no matter where in Britain you live, and that’s played a major role in the increasing popularity of coffee.

Another major factor, however, is that coffee machines have developed to the point where they deliver high quality coffee with a full-bodied aroma and a belt of coffee flavour to go with the caffeine, making them a top choice in drinks machines for offices, factory breakrooms, and showrooms alike.

At Nexus Drinks we’ve watched a nation of coffee drinkers discover the smooth taste of Klix and Flavia, Jura and WMF, and we’ve been as happy as each and every satisfied customer among them to see more and more of our customers discovering just how well machine-brewed coffee can compete with the barista experience now.

But help is also at hand for those of you who prefer a satisfying British cup of tea to an Americano or a macchiato – and from much the same places! Both Klix and FLAVIA systems offer plenty of options to those who want a cup of tea quickly, including well-known brands that have already earned our nation’s love.